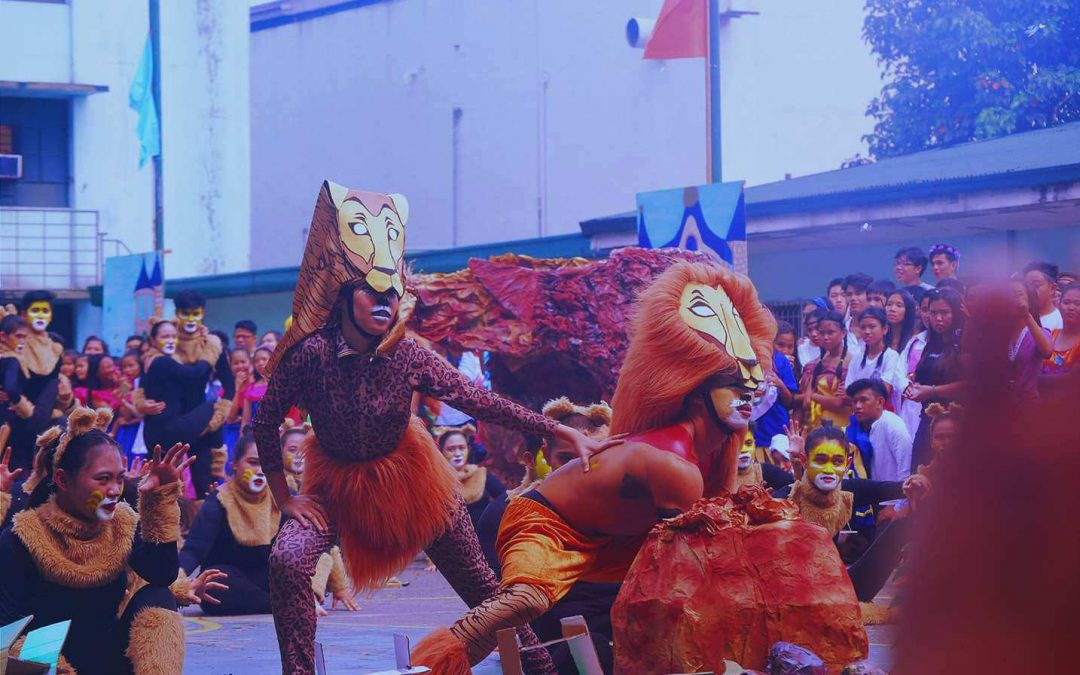 On February 13, 2018, energy and colors filled the NCBA Cubao Quadrangle as the Field Demonstration started the NCBA’s 51st Foundation Day. Students from Elementary to College compete for the best performances based on Disney animated movies while parents, teachers and non-performing students watched and cheered the performers.

The program started with a song and ballet performance by selected Grade 11 and 12 students followed by the singing of Philippine national anthem and the NCBA hymn. The program proper started with Grade 9 students’ rendition of Pocahontas, a Disney film about a Native American Princess, her own culture, and her love with a British man. The Grades 5 and 6 students showed their dance performance of Moana, a Disney film based on Polynesian culture and the story involves a daughter of a tribe chief and her adventures in the ocean. The Grades 1 and 2 students perform their rendition of Hercules, a Disney film based on a Greek myth about the God of strength named Hercules. The Grade 7 students performed their street dance inspired by Frozen, a Disney film based on Hans Christian Andersen’s book, The Snow Queen. The story revolves on a queen who has icy powers, her bubbly sister, an iconic snowman named Olaf, and the unconditional love of family and friends. The Grades 1 and 2 students have their version of The Little Mermaid, a Disney film based on another Hans Christian Andersen book of the same title and the story is about a daughter of Triton, the king of the sea, who fell in love with a human prince and became a human with no voice.  Performers danced “Under the Sea” with the costumes of various sea creatures.

The Grade 11 students showcased their performance based on The Beauty and the Beast, a Disney film about a prince who became a beast and a beautiful lady who loves him regardless of his physical appearances. The Grade 12 students showed their rendition of Aladdin, a Disney film about inspired by one of tales in The Arabian Nights about a thief who has in love princess, a genie in a lamp, and a magic carpet. The Grade 10 students performed their colorful and energetic number inspired by DreamWorks’ Trolls, an animated film based on troll dolls and it featured singers Justin Timberlake and Anna Kendrick as one of the voice actors. The Grade 8 students showcased their rendition of Mulan, a Disney film about a Chinese woman who disguised as a man to replace her father when their empire orders that at least man from every family should participate in the war against the conqueror Shan Yu and his army.

Last but not the least, The College students performed their rendition of The Lion King, a Disney film about a lion named Simba and his adventures to become the king of the Pride Lands. After all of the performances, the awards were given to the best performers. Third place went to Grade 10 for their performance of DreamWorks’ Trolls while the second place was given to Grade 12 for their rendition of Aladdin. The first placer of the field demonstration is the College Department for their performance of The Lion King. The College Department is also the Champion of 2017 Field Demonstration for their Ati-atihan dance. The 2018 field demonstration of NCBA Cubao showed the magic of talent, teamwork, and happiness to all the performers and spectators and it ends with happy endings just like Disney animated movies.