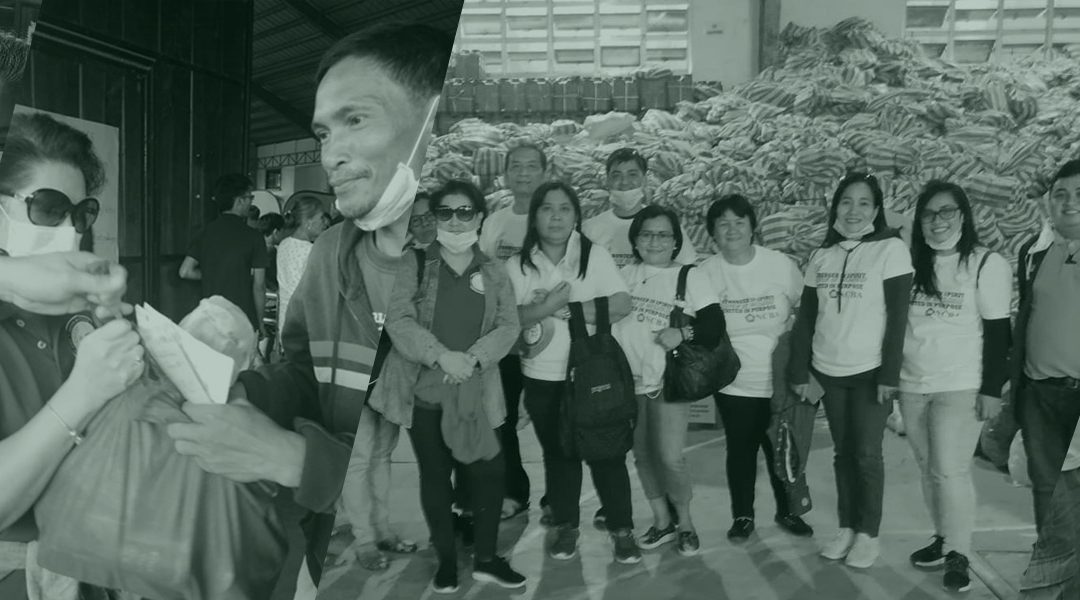 When Taal Volcano erupted last January 12, 2020, many adhered to their call for help and assistance. Our Institution was one of those who lent a hand at their time of struggle and grave danger. Under the initiative of the President of the Teachers Union of National College of Business and Arts, Professor Bernard R. Macinas with the support of the Student Affairs Directors for each branch (Fairview, Taytay and Cubao) and the Community Outreach Program Coordinator, NCBA launched one of its biggest relief goods operation to date.

Last January 16, 2020, a set of guidelines was released to several key personnel of each campus on what to collect from our students, and how to properly repack it. The Basic Education departments of NCBA were tasked to accumulate toiletries, diapers, coffee, snacks, noodles, and bottled water, while the College departments gathered bags of rice and canned goods. Other donors like the NCBA management and offices also gave donations in kind.

After the timeframe given to collect and repackage the goods, NCBA, under the leadership of the Assistant Vice President for Marketing Mrs. Mariflor M. Uber, left for Talisay and Laurel, Batangas on February 1, 2020. One of our former Professors, Mrs. Madeline Cascante helped the relief goods team by coordinating with the Local Government Officials and Units.

The team first stopped at Talisay, Batangas to meet with the Deputy Commissioner for Administration of their Local Government to drop off 300 bags of assorted goods.

Next, the team then traveled to the city of Laurel, Batangas to meet with their Mayor, the Hon. Joan Amo, and the city council board. 550 bags of assorted goods and toiletries were distributed to the evacuees based inside their center. Most of the citizens that were given relief goods were the people whose homes are still on lockdown due to the dangers of a sudden eruption of Mt. Taal.

The relief goods response team was supposed to go to Agoncillo, Batangas to drop off more relief goods, but certain geographical anomalies located on the main road to Agoncillo made it impossible for the vehicle to reach the city. The remaining goods were then equally distributed to Talisay and Laurel, Batangas.

Given the satisfaction of the team composing of students, teachers, and non-teaching personnel, NCBA is more than ready to help more: with increased effectivity, and efficiency.

After everything has been said and done with the Local Government Officials and units, NCBA accomplished one of its most momentous activities, which is its Corporate Social Responsibility. 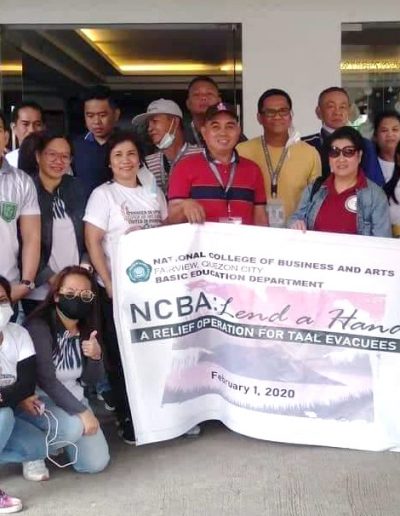 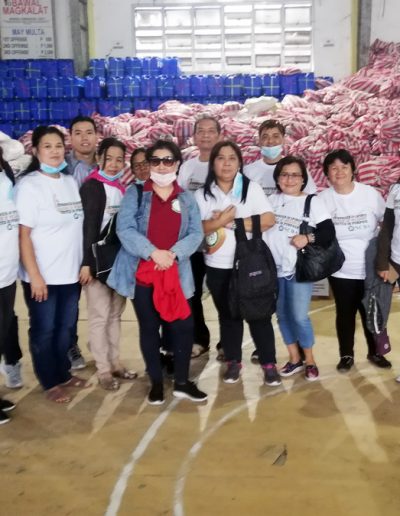 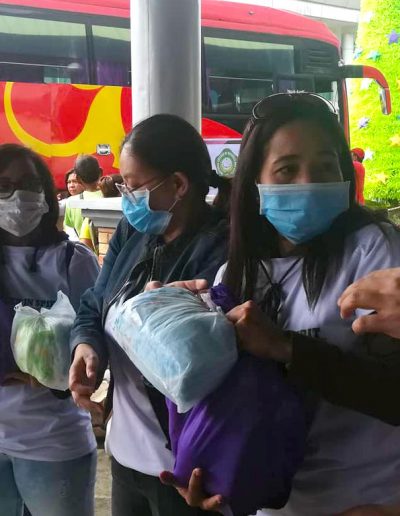 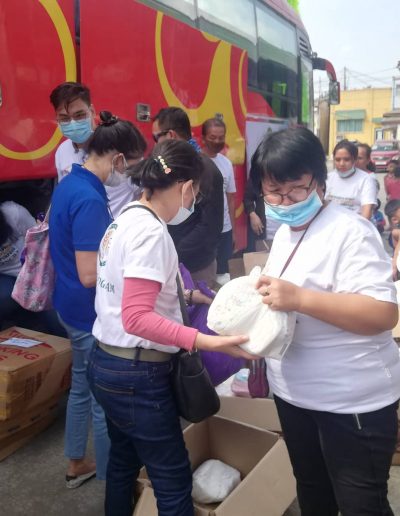 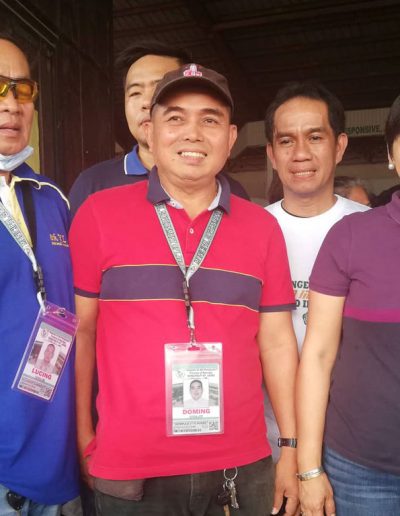