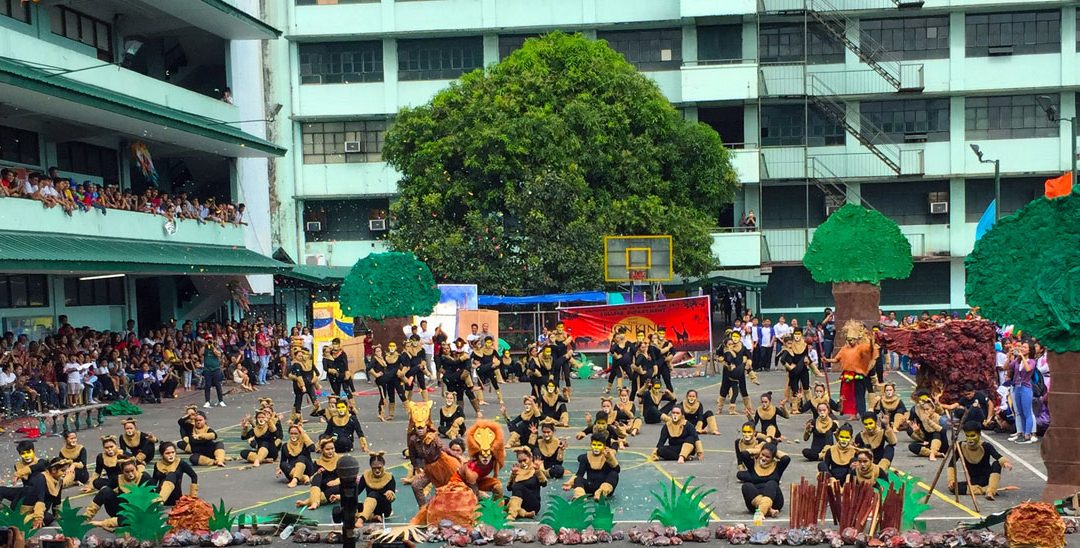 Student, teachers, and staff from NCBA Cubao, as well as the parents and students from other schools celebrated NCBA’s 51st Foundation at the Cubao Campus last February 13 to 15, 2018. The theme for this year’s foundation is Disney, a theme that related to our childhood, magic, and colorful memories.

The Foundation week started on February 13, 2018 at morning with a Thanksgiving Mass. After the mass is the Field Demonstration where students from different levels compete for the best performance based on Disney animated movies. The rendition of The Lion King by the College Students won first place.  For lunch, there were many choices of food and drinks, as well as toys and other memorabilia available during the foundation week celebration along the school lobby and quadrangle. In the afternoon, selected talented students from different levels showcased their talents at the Grand Finals of NCBA’s Got Talent and James Cachuela from the High School Department became the Grand Winner.

On February 14th the foundation celebration continued with fun activities such as Dance Revolution, Club Fun Day, Service Awards Ceremony, and the hip-hop/music/dance contest. Several College students clashed with their knowledge to be the champion of 2nd Battle of the Brains and Expontaneous speech.  In the afternoon, NCBA Cubao’s Dance Troupe Kalinangan Ensemble (KE) held a dance competition called “Dance Mania” which was participated by several dance groups from NCBA Cubao and other schools and colleges.

On February 15, BS Education (BSEd) students attended an educational seminar with the topic “Interactive Teaching and Discovery Learning: A Research Based Approach to Teaching Generation Z” with Dr. Felipa P. Briana as the guest speaker while the Business Administration (BA) students majoring in Financial Management (FM), Marketing Management (MM) and Human Resources Development Management (HRDM) attended a seminar with the topic “Millenials: Modern Business Enthusiasts”. The guest speakers of the seminar are Mr. David A. Sagarit who talked about financial literacy, Mr. Rane A. Panaligan who lectured about marketing and networking, and Ms. Regimae L. Bagtas who talked about work diversity. The foundation week was ended with a concert of Itchyworms, an OPM band famous for their hits such as “Beer” and “Akin ka na lang”, at NCBA Fairview Quadrangle. NCBA’s 51st Foundation Week was memorable and colorful like Disney and made it feel magical and like happiest place on Earth.