NCBA Celebrates its 2nd year into its Golden Era 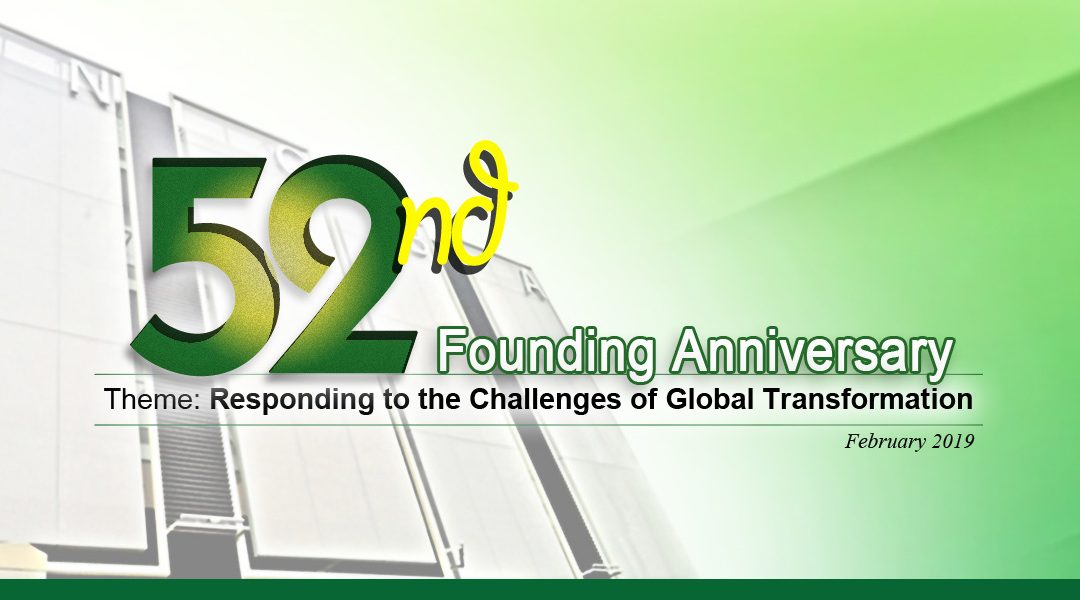 On the 14th day of February, the entirety of the National College of Business and Arts rejoiced as it welcomes its 52 years in the Educational Industry. Filled with cheers, love, and unity, the students, teachers, and the staff all enjoyed the festivities that were prepared for the Founding Anniversary. The College first commemorated and honored the life of the Founders of NCBA through a celebration of the Holy Eucharist headed by our own campus ministry. Having withstood 52 golden years, the people who run NCBA never fails to exemplify passion, integrity, and perseverance in attaining its goals and objectives.

The founding anniversary was next greeted by the 3rd Season of the Institution’s Inaugural event that happened first in its 50th Founding Anniversary celebration which features talent from all across the borders of NCBA entitled: NCBA’s Got Talent. The students were given the chance to showcase their talent in front of a wide audience composed of students, teachers, and staff. At the end of the ordeal, the Basic Education Department won the championship for the 3rd time. This day also featured the College Students selling their own products for their Entrepreneurship subject, and the different booths prepared by the various interest clubs in the Basic Education Department

On the 2nd day of the 3 – day celebration, the 3 main academic departments each had their own seminar and quiz bees while the Basic Ed Department, together with the presence of the Chief Academic Officer Dr. Cirila L. Eden, indulged in the amazing performances of the Elementary and High School Students as they conducted their own singing contest, and Dance Revolution. The rest of the day continued with everyone enjoying the activities, booths, and food stalls. Rest assured that everyone went home filled with good memories, satisfied appetites, and with smiles reaching the far ends of their faces.

Now that the 52nd Founding Anniversary Celebration of our beloved Institution has now come to an end, it is safe to say that the combined efforts of the Basic Education and College Departments, together with the Non-teaching staff proved that any school, college, or university can amazingly pull-off a 3-day event through centralization, unification, and proper supervision.

What made the Founding Anniversary even more special are the students themselves. Their patience, understanding, trust, and cooperation resulted in a successful execution of the most important event in NCBA’s Calendar.

The following Presidents were given recognition for leading the students with utmost responsibility and humility;

The Principal Mrs. Veronica F. Caro, and the Director of Student Affairs Mrs. Zenaida T. Miranda are also given a huge sense of gratitude for their outstanding leadership as we celebrated the 52nd Founding Anniversary.

The only regret is that the students were too busy helping organize most of the events that they forgot to take pictures. Good thing we have a Digital Media Club to keep us up to speed.

We hope that our next Founding Anniversary be filled with more smiles, laughter, love, and cheers.

It has been a very tiring 2 months of preparation and execution, but it was all worth it.