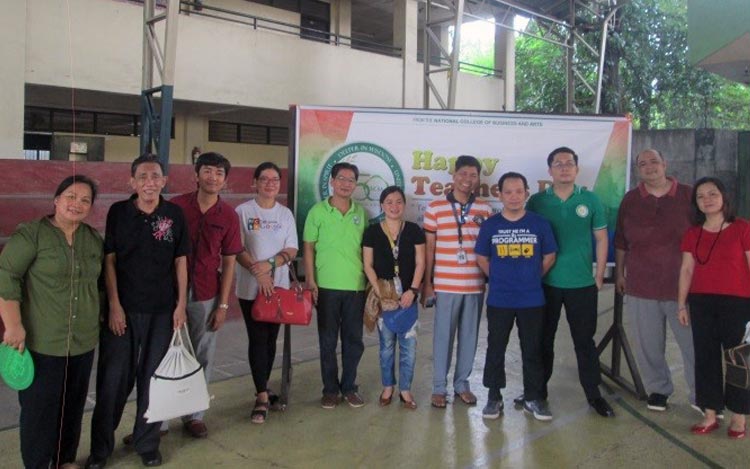 “True teachers are those who use themselves as bridges over which they invite their students to cross; then, having facilitated their crossing, joyfully collapse, encouraging them to create their own.”   – Nikos Kazantzakis

September 29, 2017 was a very special day.  Yes, Teacher’s Day!!! This time, the college students were bedazzled (or probably bewildered…joke) by the teachers who participated in the games.  As in the past, it was the students who gave tribute to their teachers through performing in a program.  This year is a different story.  The teachers gave their best in basketball shooting, egg balancing, tumbang preso, sipa, jack en poy, hampas palayok, and egg catching among others.  Male and female teachers alike took their turn in shooting hoops at designated spots.  Of course we had a change of heart for the ladies; they used volleyballs. And note that some attempted ten shots in their high heels.  Now who says fashion and basketball don’t mix? Yep, they’re right!  Male teachers showed different strokes on how to throw a ball into the hoop, and the gallery went wild for every shot! The seasoned teachers showed gusto. Heard the bones creaking, too.  The Palarong Pinoy also showcased the teacher’s deep competitiveness. The students gave the teachers a run for their money in the jack en poy.  But the best part of the games was the egg catching thing.  The teachers were really having the distance covered against the student pair.  Alas, eggs splattered everywhere.  All in all, the teacher’s day was a blast! 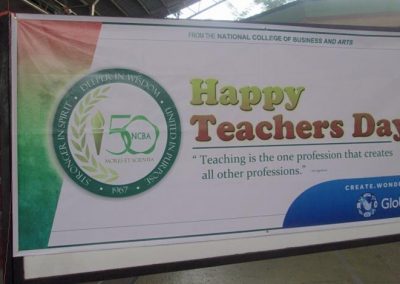 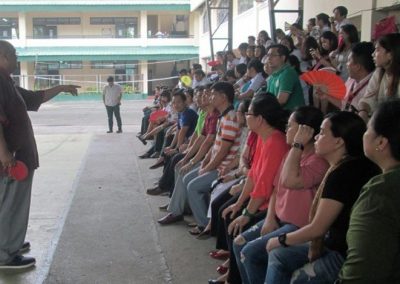 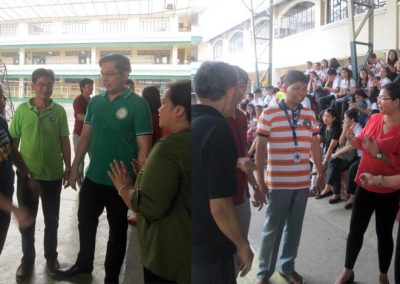 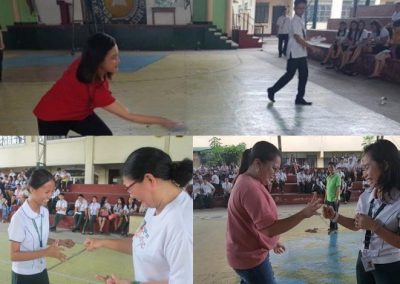