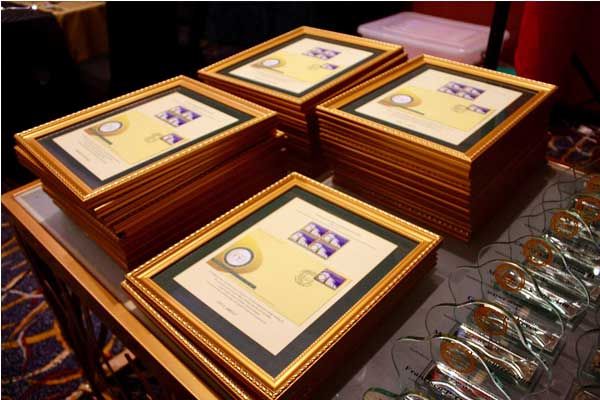 This year’s annual Service Awards celebration was a special one.  With the school celebrating its 50th Founding Anniversary, NCBA held their Service Awards ceremony at the Eastwood Richmonde Hotel on February 17, 2017. President Pasion gave a heartwarming message thanking the awardees for their dedication and years of service.

Years of service ranged from 10, 15, even 40 years!  One of the founders and former Presidents, Atty. Jose R. Torres shared a surprise video message for the awardees; reminiscing how he and the other founders worked to get the school started and how it’s come a long way.

The stars of the event were the awardees; plaques, anniversary watches and framed NCBA 50th Anniversary Commemorative Postage stamps were given as gifts. The NCBA family will be forever grateful for the years of dedication and service these individuals have given!